An important ability in life is the ability to act automatically. Once we have learned how to ride a bycicle it will work without much – if any – conscious effort or control being required. This is certainly a good thing. However, sometimes we function on autopilot when it might be less useful or we may respond in an automated fashion, without being quite aware that we are responding, not to mention how exactly we are responding. This is not only true for our physical actions where we may have killed a complete chocolate bar before even recognising that there was one, but also for our mental life. Thoughts and emotions may impulsively and without much control pop up in our mind and colour our experiences in a habitual fashion, without us even recognising it. We may be wearing the proverbial coloured glasses without even recognising it.

In the lab, psychologist have been studying our ability to control or inhibit such automatic behaviour for a long time. Already in 1935 an experimental paradigm was presented that is still in use today: Look at the image below and name the colour each of the words is printed in. Quite straightforward for the three words on the left. But did you try those on the right? – If you are anything similar to the thousands of volunteers who have done this task you will find it more difficult with these three words. Did you manage to name the three colours: green – blue – red correctly? Did you feel that you have to pay more attention and are more prone to make a mistake?

Psychologists call this the “interference effect” or “congruency effect”. It results from the fact that we automatically read, whenever a word appears, if we want it or not and even if we are asked not to read it.

We were curious to find out whether meditators fare better on such task – after all not responding in an automatic, impulsive fashion is port and parcel of every meditation we do. We try not to scratch every time it itches somewhere and also don’t jump on every train of thoughts that passes by.

In 2009 we published the results of a study where we compared a group of buddhist meditators with a control group in the same age range. And indeed, we found that the meditators were faster in naming the print colour of the incongruent words and also made fewer mistakes.

So, can we conclude that this improved cognitive control or cognitive flexibility is the result of the meditation practice? Well, not directly! It could, for instance, be that those guys in the meditation group were already better in this task before they ever meditated; Maybe because of their special skill they even fancied meditation more than others.

To find out more about this, we conducted another, more comprehensive, study that was published last week. We trained participants who never meditated before in a simple mindful breathing meditation and asked them to practice this for 16 weeks for around 10 minutes every day. We also tested them on the above colour naming task before, half way through and at the end of the training, while at the same time recording their brain activity with EEG. To be sure that the changes over time we might find have something to do with the meditation practice and not just with repeating the same task a few times, we also included a control group of people who did not meditate. The results were pretty interesting:

We found that meditation led to an increase in brain activity that was related to focussing the attention on the colour words (for the geeks: the N2 event related potential)  in those brain areas that are involved in processing of words (left medial and lateral occipitotemporal areas) especially when the stiumuli were congruent, while the opposite pattern was true for the control group. 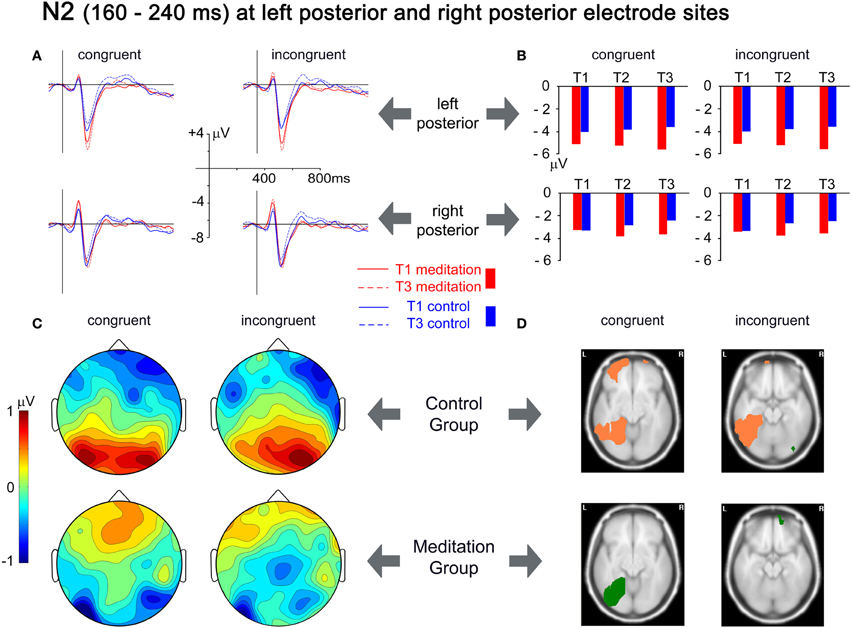 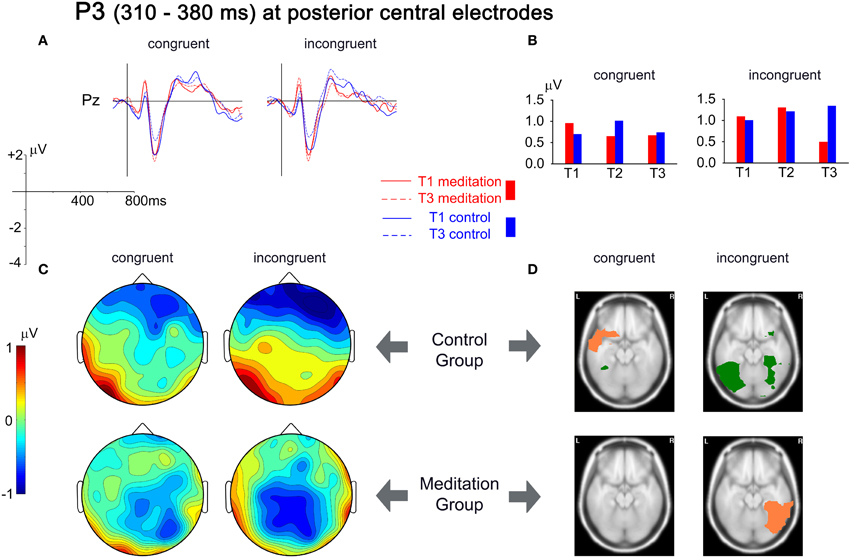 Thus overall these two studies show that meditators perform better than non-meditators on tasks that require congitive flexibilty and deautomatisation or inhibition of automatic responses. Furthermore, brain activity that is involved in processing such tasks becomes more effective after 16 weeks of brief mindfulness meditation practice. 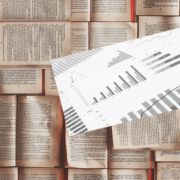 The power of the mind: A wandering mind is an unhappy mind