Blog
You are here: Home / Blog / Mindfulness / From state to trait mindfulness

A recently published study suggests that increasing the ability to be mindful in daily life through mindfulness practice depends on how mindful participants experience to be during their practice.

A neat study carried out at the University of North Carolina investigated a hypothesis that is part and parcel of mindfulness-based interventions:

Some caution is, however, required when considering the results. Most importantly, the conclusions are based on self-report questionnaire data. They are thus limited due to the inherent limitations of this approach and the particular problems of using questionnaires when investigating mindfulness. While it is generally difficult to quantify internal mental states – as is the aim of using such questionnaires – this is even more so the case when considering mindfulness: 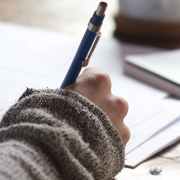