A comprehensive study based on a dataset of more than 2,400 participants in mindfulness-based stress reduction programmes found that mindfulness meditation is not harmful in terms of psychological or physical symptoms, compared to no treatment. To the contrary, MBSR in the community appears to prevent harm.

Update (13 Sept 2020): At the time of our initial post [01 Aug 2020], this study was only available as preprint, not yet peer reviewed. Meanwhile it has been peer reviewed and published in Psychological Medicine. You can find the full reference at the end of this post. In light of the final version of the article, a few changes and additions were integrated into this post.

Research on the negative effects of meditation

We recently reviewed evidence concerning negative side effects of meditation and concluded that taken together, “these studies and – to some extent also the media reports – indicate that negative, adverse or unwanted effects of meditation do occur. Moreover, they highlight that scientifically little is known about what causes such negative effects and what factors may increase their prevalence.”

Our conclusion was based on relatively sparse empirical evidence and our consideration of this evidence highlighted the paucity of research. Thus, this new study by Matthew Hirshberg and co-authors, from Richard Davidson’s group at the Center for Healthy Minds is timely and very welcome. It goes beyond the primarily anecdotal evidence published in diverse media outlets and significantly deepens the discussion on this topic.

Their study was initially published on PsyArXiv, the preprint server for psychological science. It has meanwhile undergone peer review, i.e. full scrutiny by scientific experts and on 18 August 2020 was published in Psychological Medicine.

Looking for harm in mindfulness meditation

When considering potentially negative effects of MBSR, the authors defined harm as outcomes that are worse than would have been expected had no treatment taken place.

Albeit simple, this is a  pragmatic definition as it allows a realistic evaluation of the potential risk of taking part in an intervention compared to not taking part. Compare this approach to a recent meta-analysis by Farias et al. (2020), who in their analysis ignored the base rate of adverse experiences. In consequence, their presentation suggests that by engaging in meditation people run a significant risk of experiencing adverse effects, although a more thorough look at the data does not really support this conclusion.

But let’s now return to the study by Hirshberg and co-workers. In total, they calculated 44 comparisons using 22 different estimates of harm. Considering the underlying statistics, there was a 90% likelihood to find at least one significant indicator of harm purely by chance. Despite these odds, the researchers found not a single significant indicator of harm. Quite to the contrary, in half of the comparisons significantly lower rates of harm were found than without treatment. This harm-preventing effect of MBSR – of course – reflects the well-known positive impact of MBSR in reducing psychological deficits (e.g. stress, anxiety, depression).

Figure: Average change in psychological (a) and physical (b) symptoms for the Community MBSR participants – in beige -, the MBSR participants in the randomised controlled trials (RCT) – in blue -, and the participant on the waitlist (WLC) from the RCT – in grey. (Reproduced under CC-By Attribution 4.0 International Licence from: Hirshberg, M. J., Goldberg, S., Rosenkranz, M. A., & Davidson, R. J., PsyArXiv. https://doi.org/10.31234/osf.io/d26m4)

These results show that mindfulness meditation is not harmful. MBSR is more likely to reduce harm (that’s why it is called stress reduction), rather than induce harm.

However, the authors acknowledge that this study only captures a small fraction of the rich universe of different meditation approaches. It does not invalidate concerns about adverse meditation effects from practices that extend beyond the relatively brief, manualised MBSR programme. In particular, they point out that their research “does not shed light on the potential for deleterious outcomes during intensive mediation practice (e.g., intensive retreat).” 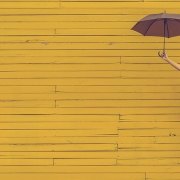 Can meditation lead to harm?